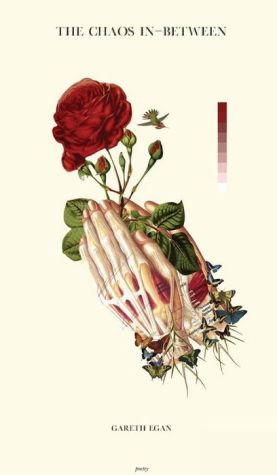 The Chaos In-Between by Gareth Egan In 'The Chaos In Between', Gareth Egan's highly anticipated poetic debut, love, lust, truth, and death are just a few of the subjects discussed at length in this harrowing work. After nearly three years since it was first announced, The Chaos In-Between finally arrives through retailers worldwide. Egan discusses love in all of its forms, earning it, losing it, and holding on to it as best you can -- as well as the darker aspects of the relationships we keep. In this 140 page book, the first half of two books centering around this thematic energy, art is intertwined through the work.